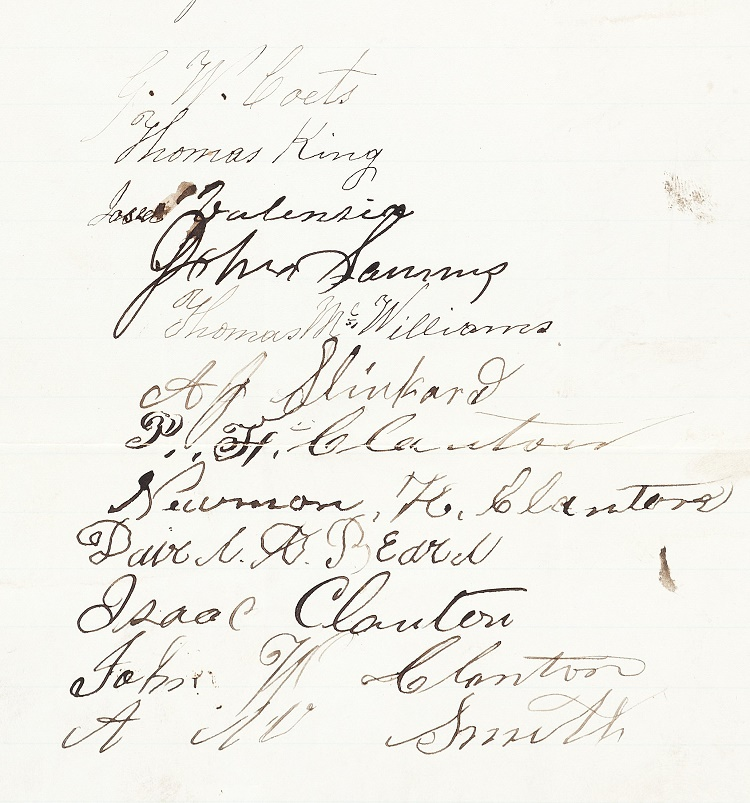 A remarkable private collection of artefacts from the Old West town of Tombstone are heading for the auction block in Dallas next week.
The historic pieces, which include highly rare documents, autographs and ephemera, will be offered as part of Heritage Auctions’ Legends of the West Auction on June 11.

"Heritage is proud to offer this extensive collection, as these objects provide remarkable insights into the social and commercial character of this amazing town at the height of its prosperity and notoriety," said Tom Slater, Director of Americana Auctions at Heritage Auctions.

The mining boom town in Arizona earned its place in infamy during a frantic 30 seconds on October 26, 1881, when the Earp brothers and ‘Doc’ Holliday squared off against Ike and Billy Clanton, Billy Claiborne, and McLaury brothers Tom and Frank in the legendary ‘Gunfight at the O.K. Corral’.

The shoot-out left the McLaury brothers and Billy Clanton dead, and eventually became one of the most famous incidents in the bloody history of the Old West.

"Interestingly, the story of Tombstone and even the O.K. Corral incident were not widely known until the 1931 publication of Stuart Lake’s popular book Wyatt Earp, Frontier Marshall," said Slatewr. "Other books and depictions on film over the coming decades would ensure the status of Tombstone and its early citizens as icons of Old West history."

A major highlight of the sale is a petition signed by every member of the Clanton clan, perhaps the only surviving document of its kind, which comes with an estimate of $10,000+.
Other documents illustrate the story of how the town developed its reputation.

They include a document archive by E. B. Gage, a successful Tombstone mine operator; a letter signed by the leading citizens of Tombstone, asking for a new lawman to be sent as soon as possible; and even a license to operate a brothel in the town signed by Virgil Earp himself.

Further notable lots will include the original belt of former Tombstone resident Buckskin Frank’ Leslie, a notorious gunslinger, gambler and con-man, which is expected to sell for more than $20,000 (read the full story here).