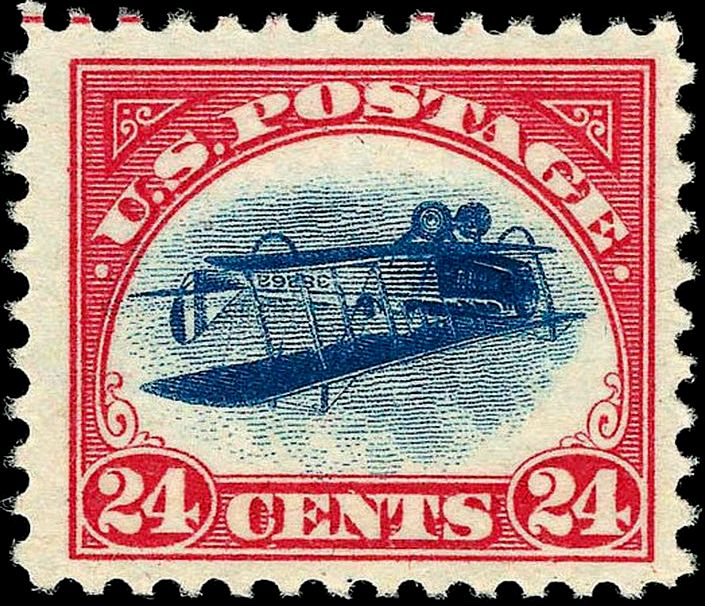 An Inverted Jenny, one of the world’s rarest postage stamps, has been recovered by a U.S auction house more than half a century after being stolen.
A single sheet of Jenny stamps with the aeroplane misprinted upside-down in error found its way into the world in 1918. Today it is regarded as perhaps the most famous U.S stamp, with examples having previously sold for close to $1 million

The stamp was one of the McCoy block of four, which disappeared from a stamp exhibition in 1955, and is the third of the four stamps to have been recovered.

Ethel Bergstresser McCoy was a pioneering collector who broke through into the male-dominated philatelic community in the 1930s. She was renowned for her collection of U.S Airmail stamps, the crowning glory of which was a block of four ‘Inverted Jenny’ stamps, and in 1937 was named director of the American Air Mail Society.

However, during the 1955 American Philatelic Society Convention in Norfolk, Virginia, the block was famously stolen from its exhibition frame and disappeared without a trace.

Until now, just two of the four had been recovered. The first was found in the possession of Chicago stamp dealer Louis Castelli in 1958, but no charges were pressed and it remained in his collection until 1978, when he attempted to sell it again and it was seized by the F.B.I.

The stamp was returned to McCoy, who donated it – and the three other stamps, should they ever be recovered – to the American Philatelic Research Library. A second stamp from the McCoy block turned up in 1980, shortly after the passing of McCoy, when another Chicago dealer donated it to the Library as a tax-deductible gift.

Now, after years of detective work, rewards offered and trails gone cold, a third Inverted Jenny from the McCoy Block of four has been discovered.

It turned up in the office of philatelic auction house Spink U.S.A, when a collector consigned it to auction, not knowing they had inherited one of the notorious ‘stolen’ examples.

Having been painstakingly examined and identified, the stamp will now be returned to American Philatelic Research Library.

"This is one of the most exciting events in my 38 year career in the stamp auction business," said George Eveleth, Head of Spink’s Philatelic Department. 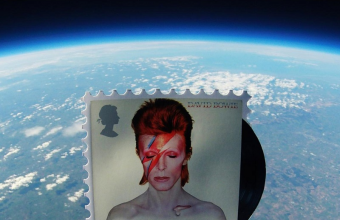 David Bowie stars in The Stamps that Fell to Earth