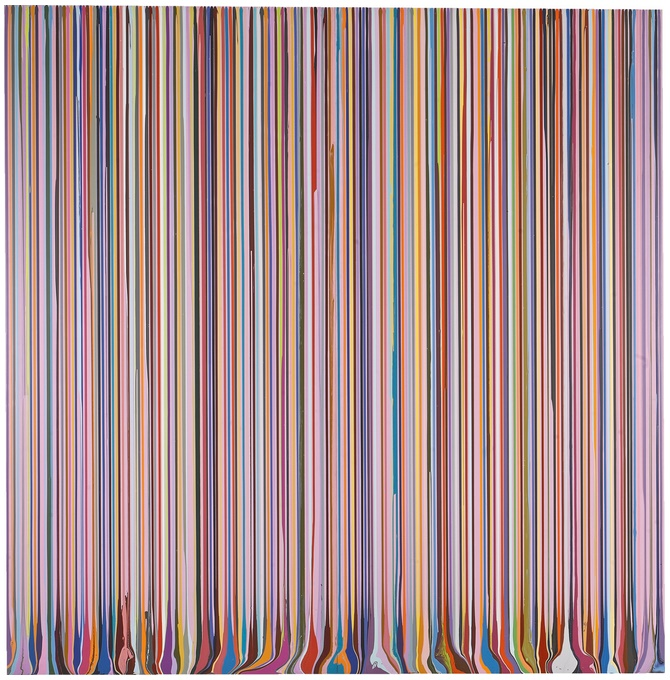 A Sotheby’s auction celebrating the best of British art and design has realized more than £2 million in London.
The Made in Britain sale featured a wide variety of fine art, photography, sculpture, prints, and ceramics, illustrating the vital role British artists played in the development of modernism during the 20th century.

Initially expected to achieve £1.16-£1.74 million, the sale fetched a final total of £2,115,592, setting nine new auction records along the way as almost three quarters of all lots on offer exceeded their estimates.

Topping the sale was Patrick Heron’s vibrant abstract painting Violet Painting with Orange, Lemon and Black: 1964, which more than doubled its estimate to sell for £87,500. There were also strong results for L.S. Lowry’s figurative study Three Children which sold for £77,500, and the previously unrecorded David Bomberg landscape Garden of Gethsamane, painted in 1926, which sold for £75,000.

Amongst the most notable results was Ian Davenport’s 2010 work Puddle Painting: Pale Lilac (After Carpaccio), which realized £68,750 against a top estimate of £20,000 and set a record for the artist at auction.

Elsewhere there were top results for an important early work by Grayson Perry, a decorated vase entitled But What am I Supposed to Wear to the Surface Decoration Ball!, which sold for £40,000; the Lucian Freud print Garden in Winter, that sold for £60,000; and a pair of butterfly screenprints with diamond dust by Damien Hirst which sold for £37,500.