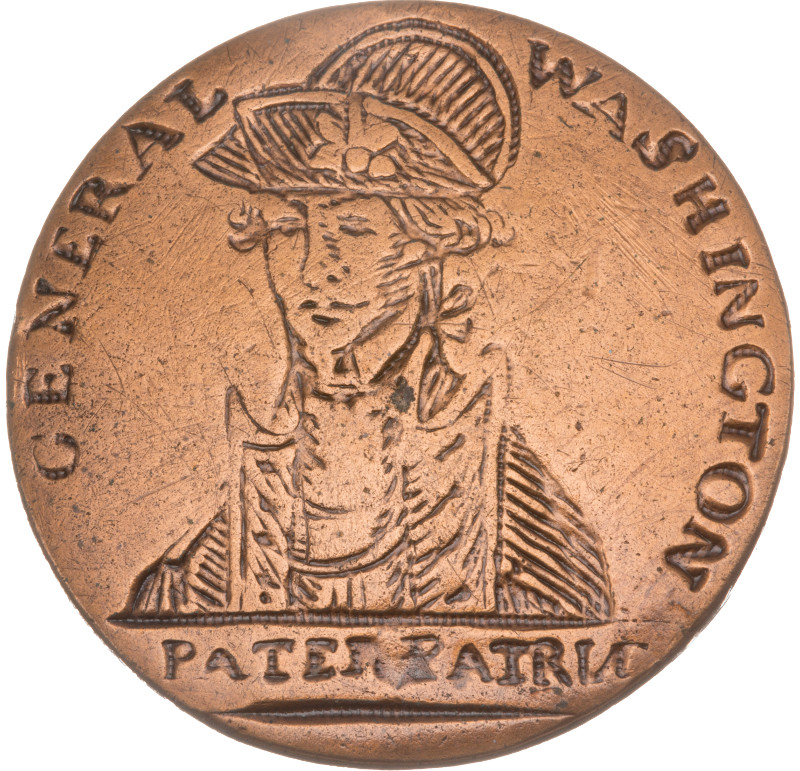 A copper “Pater Patriae” button commemorating George Washington’s inauguration led a sale of political memorabilia on February 24.
The lot sold for $225,000, a record figure for this variant. By contrast, another in inferior condition made $7,500 at Heritage in 2015.

The piece was made in 1789, the year Washington became America’s first president.

The Latin inscription translates to “Father of his Country”, a reference to Washington’s unique contribution to the establishment of the United States.

These badges are very highly prized. Only six or seven are known to exist, with this example being the finest – even outclassing the one displayed at the Washington museum at Mount Vernon.

Heritage comments: “This is the only portrait button in the accepted canon of George Washington inaugural buttons and has always been at the top of the want list for anyone interested in the period.

“It may also be the earliest artifact that refers to Washington as the ‘Father of His Country’.”

Grant ran on the Republican ticket, helped by his status as the general who had secured victory for the Union in the civil war.

He was elected to the office and served two terms, focused chiefly on rebuilding the nation and ensuring reconstruction ran its course in the south.

Grant campaign flags are rare, with Heritage stating it’s only aware of three others. The lot displays an excellent portrait of Grant along with the legend: “Grant & Colfax/ Union is Peace”. 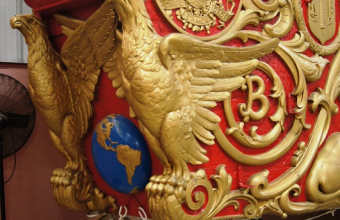