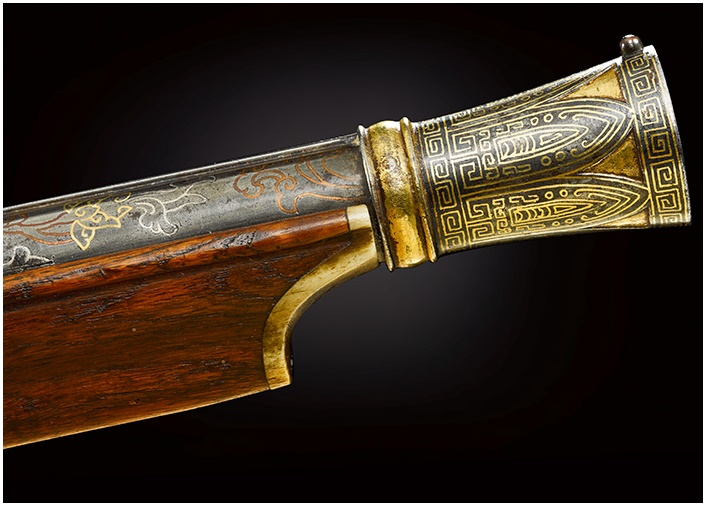 An incredible 18th century musket made for a Chinese Emperor is set to auction at Sotheby’s, in the first sale of its kind ever held.
The musket was made for the Qianlong Emperor of the Manchu Qing dynasty, and is the only Chinese firearm bearing an imperial reign mark ever offered at auction.

The Qianlong Emperor (1711-1799) was the longest-reigning Chinese emperor, and is regarded as the greatest collector and patron of the arts in Chinese history.

He was also a dedicated hunter, and in 1752 wrote of his experiences during a tiger hunt:

"…an Emperor must rely on divine appliances to hone martial skills and demonstrate masculine magnanimity, and the musket is wonderfully efficient and pleasing…"

The musket was produced in the imperial workshops, and is marked ‘Supreme Grade, Number One’, which makes in unique amongst existing firearms from the Qianlong period and reveals it as one of the most important weapons made for the Emperor.

Similar reign marks and gold and silver decoration also appear on imperial swords and sabres of the Qianlong Emperor, which remain in the collection of the Palace Museum in Beijing.

"This remarkable object epitomises the pinnacle of imperial craftsmanship during the Qing dynasty," said Robert Bradlow, Sotheby’s Senior Director, Chinese Works of Art. "The gun’s historical importance cannot be overstated – it ranks as one of the most significant Chinese treasures ever to come to auction."

The sale of the Supreme Number One takes place in London on November 9.