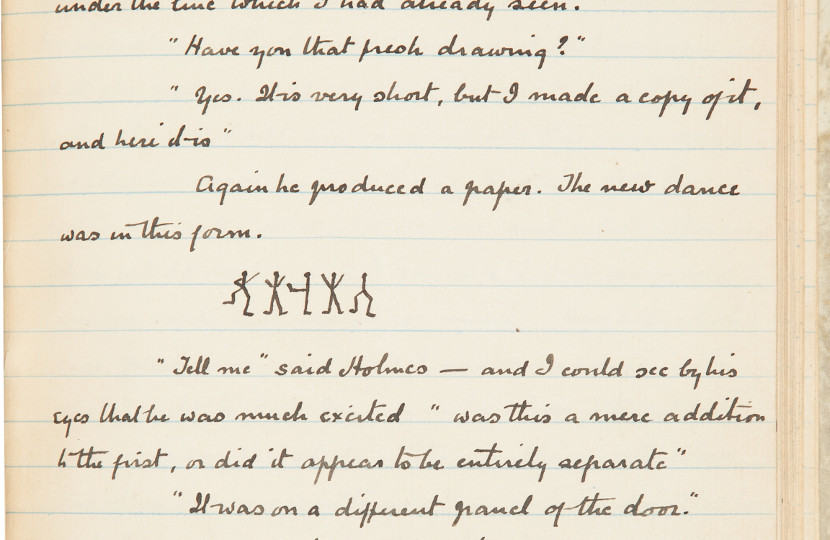 Arthur Conan Doyle’s original handwritten manuscript to classic Sherlock Holmes yarn The Adventure of the Dancing Men is set to cross the block at Heritage Auctions.
It’s one of very few of Conan Doyle’s 56 Sherlock Holmes manuscripts ever to appear at auction, hence the valuation of $500,000. The Manuscripts Grand Format sale is due to take place in Dallas on April 15.

The story was written and published in Strand Magazine in 1903. It’s one of 13 published in the collection The Return of Sherlock Holmes in 1905.

Conan Doyle tried to kill his iconic creation off in 1893. However, so intense was the public demand for more that he reluctantly brought him back from the dead with the Hound of the Baskervilles in 1901.

This text features Conan-Doyle’s own notations in the margins, as well as the first drawing of the “dancing men” cipher that is reproduced in the story.

Other Sherlock Holmes manuscripts have achieved big results in the past. The text to The Adventure of Black Peter (published 1904) realised $317,000 at Christie’s in 2014.

Other highlights of the sale include an archive of materials relating to primatologist Dian Fossey, best known for her 1983 book Gorillas in the Mist.

The collection consists of 11 letters Fossey wrote to her parents from the Congo throughout 1967, along with a series of photographs – some of which feature her beloved gorillas.

One letter relates her burgeoning friendship with chimpanzee expert Jane Goodall: “Jane Goodall and her husband have turned out to be great friends. I feel I’ve known them all my life. They took me on safari for Christmas and almost made me feel non-homesick.”Bidding on the lot starts at $9,375. 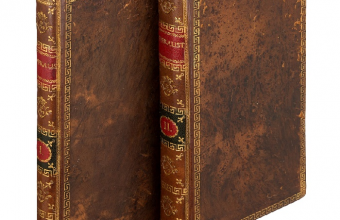 Heritage Auctions to sell one of the most important books in U.S history