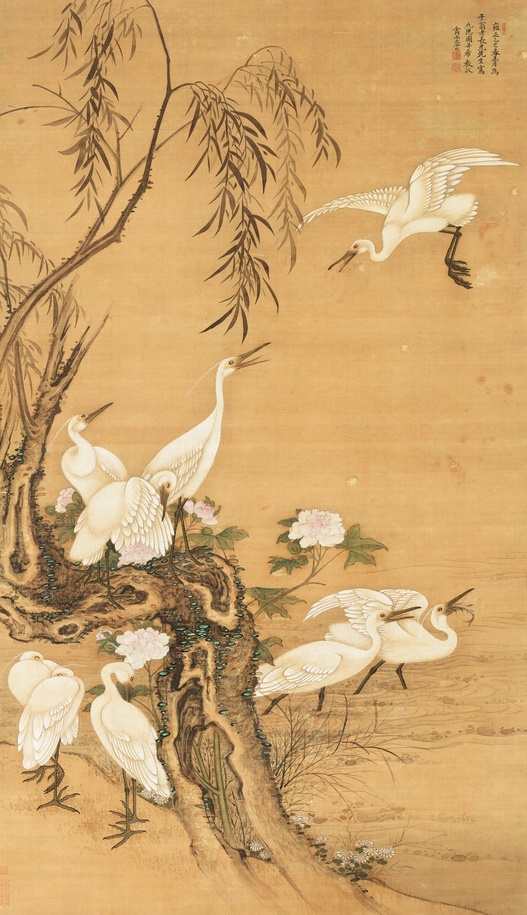 One of America’s finest private collections of Chinese paintings has sold for more than $30 million at Sotheby’s.
The Roy and Marilyn Papp Collection, assembled over decades by the renowned collectors, achieved a total of $32,245,375 in front of a packed New York auction room.

"I hope that these paintings bring as much joy to their new owners as they did to my parents," said Harry Papp, following the auction.

"The collection was one of their great passions, and seeing it shared with so many visitors to the beautiful exhibition and hundreds of bidders in the sale would have brought them great joy."

Leading the sale was a rare and historically important scroll dating from the reign of the Kangxi Emperor (1661 – 1722).

The partial work, a section from the sixth scroll in an original set of 12, detailed the Emperor’s tours of Southern China and was one of the few remaining pieces to remain in private hands. Offered with an estimate of $4 – $6 million, the scroll eventually sold for $9,546,000.

In total, an impressive 92 of the sale’s 122 lots sold for above their high estimates, with some exceeding that figure ten times over and setting new auction records along the way.

Further notable results included Wang Yuanqi’s Landscape of Yushan, an ink on paper hanging scroll dating from 1689, which sold for $2.11 million against a high estimate of $550,000; a Fang Shishu scroll entitled The Autumn Colors on the Qiao and Hua Mountain, dated 1734, which soared past a top estimate of $250,000 to reach $1.33 million; and the Gu Fuzhen scroll Seeking Instruction at Jingjiang, which was offered with an estimate of just $50,000 – $70,000 and reached a stunning $1.21 million.

Rongde Zhang, Head of Sale of Sotheby’s Chinese Classical Paintings Department, described the sale as "one of the defining events in our field", adding:

"Tonight’s extraordinary result leaves no doubt that the Papp Collection stands as one of the finest private American collections of Chinese paintings ever assembled.

"Roy and Marilyn Papp were gloriously representative of the open-minded collecting style of Americans in the mid-20th Century which, coupled with their generosity to institutions both in Phoenix and further afield, continues to inspire academics and collectors today."