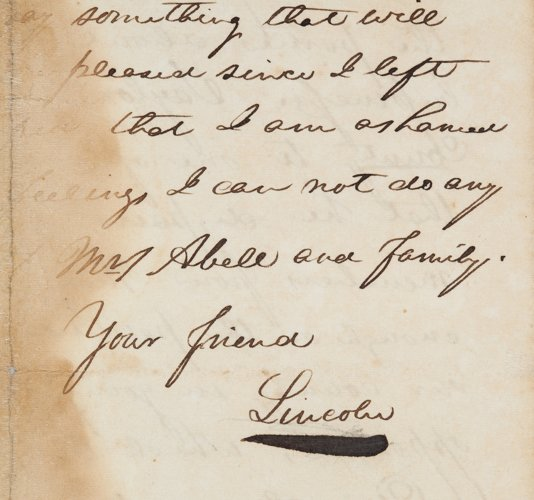 A treasure trove of Abraham Lincoln memorabilia is heading for sale at Heritage Auctions, led by an incredible and important early love letter.
The sale, ‘Lincoln and His Times’, will be held in conjunction with The Rail Splitter, a publication for Lincoln collectors and enthusiasts currently celebrating its 20th anniversary.

Leading the sale is a highly rare letter written by Lincoln to his first fiancé, Mary Owens, described as "one of the premier Lincoln letters ever to come to market".

Dated December 13, 1836, the letter is one of just three Lincoln wrote to Owens during their brief relationship, and is one of the earliest Lincoln letters ever offered.

The pair had met in New Salem, whilst Lincoln was boarding with Mary’s sister, Mrs. Bennett Abel, and came to an agreement that they would be married. However, they came from distinctly different backgrounds, and when Lincoln moved to Springfield, Illinois, to work as a lawyer and serve as a newly-elected member of the state legislature, they began to drift apart.

The letter includes a valuable insight into Lincoln’s frame of mind as he embarked on his early political career, displaying the depressive tendencies which continued throughout his life.

"…I feel that I would rather be any place in the world than here. I really cannot endure the thought of staying here ten weeks. Write back as soon as you get this, and if possible say something that will please me, for really I have not been pleased since I left you."

Lincoln was still awkward around the opposite sex at the age of 24, and he remained unsure of his true feelings for her through their increasingly distant courtship. His half-hearted marriage proposal was eventually turned down in 1837, and it would be another three years before his romantic interests were sparked again – this time by his future wife Mary Todd.

"Lincoln wrote three letters to Owens, and two are forever ensconced in institutional collections," Slater said. "One of those, now at the New York Historical Society, was offered in 2000 in the auction of the legendary Malcolm Forbes manuscript collection, where it sold for $779,000. The Mary Owens letter offered in our current auction is the last one which, at least for the moment, is available for private ownership."

Consigned to the sale by a direct descendant of Mary Owens, the letter comes with an opening bid of $100,000 – but its rarity and historical importance could see it soar to a seven figure sum by the time the auction ends on September 17. 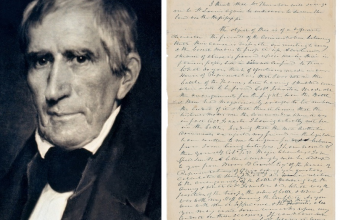