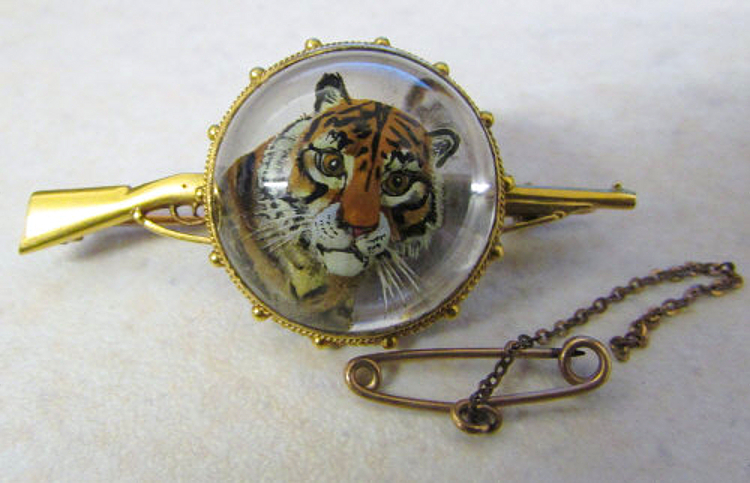 A stash of antique jewellery found hidden in a secret drawer has sold for $15,000, after it was accidentally discovered by an auctioneer in the U.K.

The collection was found by auctioneer James Laverack, of the John Taylors auction house in Louth, Lincolnshire.

Whilst inspecting a chest of drawers consigned from the estate of a deceased former owner, he was surprised to find a secret drawer – and even more surprised at what it contained.

“You could just see in the frieze below the top there were a couple of lines, and my first thoughts were maybe there is a secret drawer,” Laverack told the BBC.

“So I opened the top drawer and inside there is a little wooden spring and when you push that up it releases a secret drawer in the centre.

“We are used to finding secret drawers but usually they are quite disappointing, there is an old penny, some stamps, a piece of string inside. This one was quite something else.”

What he discovered was a rare collection of reverse crystal intaglios – pieces of jewellery which use crystal lenses to magnify images beneath them, creating a three-dimensional effect.

They were highly popular during the Late Victoria and Edwardian periods, worn by men and women alike.

Laverack uncovered almost 30 items, most of which featured delicate hand-painted images of animals such as foxes, horses and tigers.