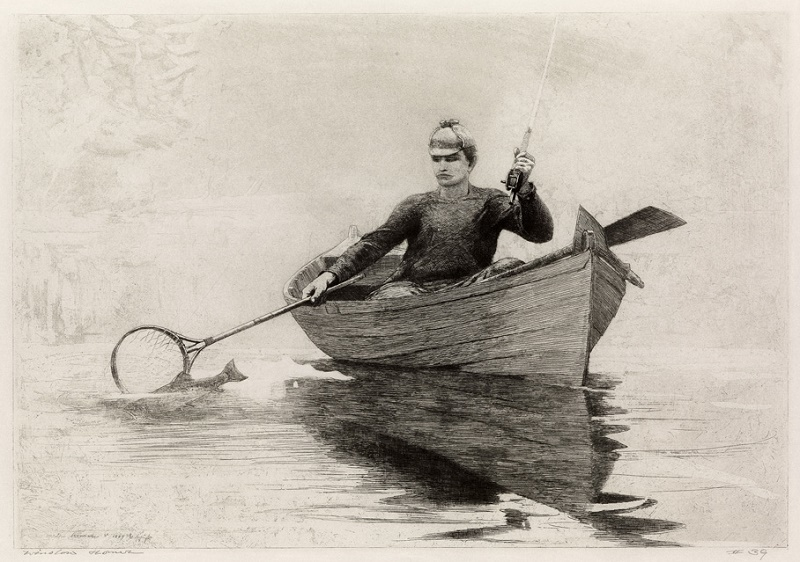 A rare etching by the celebrated American artist Winslow Homer will lead an upcoming sale at Swann Auction Galleries.
The rare work will be offered in New York next month, alongside artworks by the likes of James M. Whistler, Pablo Picasso, Henri Matisse, Salvador Dali and Edward Hopper.

Entitled ‘Fly Fishing, Saranac Lake’ and dating from 1889, the Winslow Homer etching is one of 62 copies known to exist and draws from the artist’s early career as a commercial draughtsman. According to Swann, only six copies have appeared at auction in the past 30 years, and this important work is expected to sell for $80,000-$120,000.