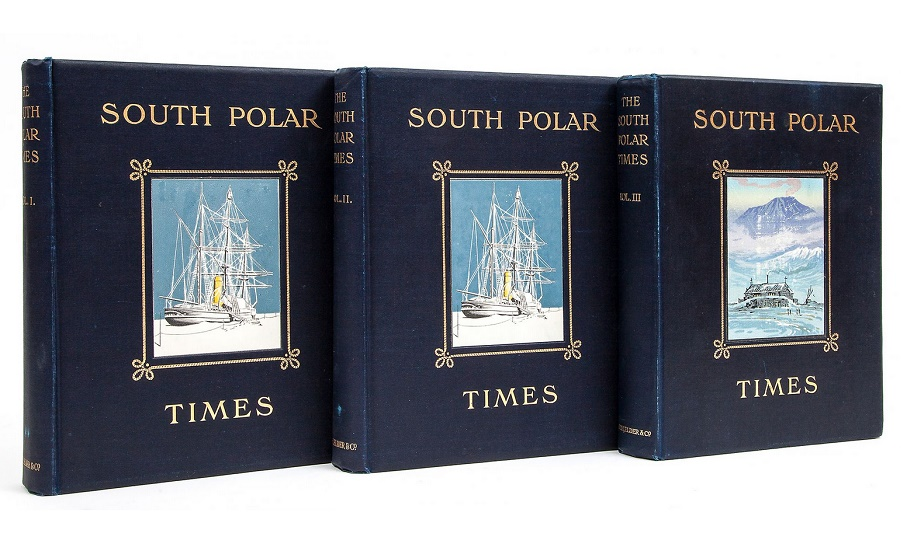 A rare set of first edition volumes featuring issues of The South Polar Times will headline a forthcoming auction at Bloomsbury.
The company’s sale of books and works on paper will offer close to 200 lots, from medieval manuscripts and rare scientific texts to maritime engravings and Napoleonic portraits.

The South Polar Times is perhaps one of the most remarkable newspapers ever printed, given that each edition existed in a single copy, and was published in the most inhospitable place on the planet.

The Times was first published in 1902, during the Antarctic expeditions of Robert F. Scott, as a means of keeping the expedition team sane during the gruelling adventure. In his preface, Scott explained:

"In March 1902 we were busily preparing for our first Antarctic winter as we watched the sun sinking towards its long rest. We knew that daylight would shortly disappear for four whole months, and our thoughts turned naturally to the long dark period before us and the means by which we could lighten its monotony.”

Together the team wrote scientific articles, humorous stories, spoof poetry and observations on Antarctic life, and produced stunning watercolours of the surrounding landscape, which were then edited together and printed by Ernest Shackleton. It total 12 monthly issues were published, with eight during the Discovery expedition of 1901–04, and a further four during the ill-fated Terra Nova expedition of 1910–13.

The issues were then compiled and reprinted in a three-volume set, with Volumes I and II limited to 250 copies and published in 1907, and the third volume limited to 350 copies in 1914. This rare set of all three volumes will now cross the block at Bloomsbury with an estimate of £6,000-£8,000.

Further leading highlights from the auction will include a rare copy of The Botanical Magazine; Or, Flower-Garden Displayed by William Curtis, estimated at £6,000-£8,000; and a third-edition copy of De Laudibus Beatae Virginis Mariae, estimated at £4,000-£6,000.

The Bloomsbury Books and Works on Paper sale takes place in London on Thursday February 18. 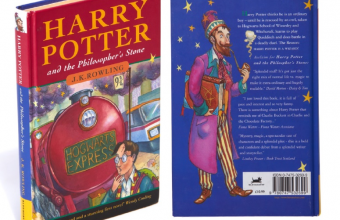