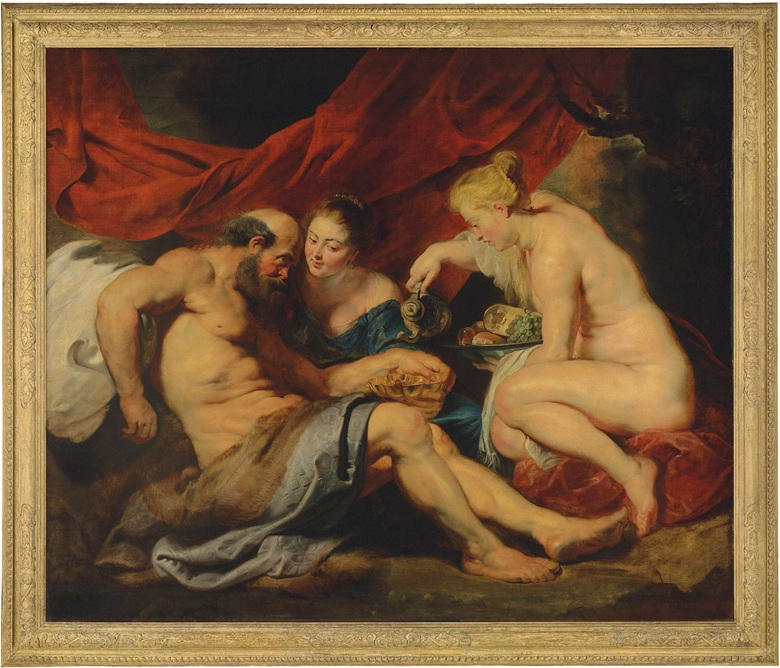 A masterpiece by Sir Peter Paul Rubens is heading to auction at Christie’s later this year.
‘Lot and his Daughters’, painted circa 1613-1614, has remained unseen by the public for over a century, and is regarded as one of the artist’s most important artworks to remain in private hands.

"After the historic private sale of two Rembrandt Portraits to the French and Dutch states earlier this year, Christie’s is leading the masterpiece market by offering this monumental work by the other stellar artist of the Northern School, Sir Peter Paul Rubens," said Paul Raison, Deputy Chairman, Old Master Pictures.

"The impact of this painting in the flesh is overwhelming: we look forward to seeing the reactions of those who come to view it when we exhibit it in New York, Hong Kong and London."&nbsp;

The religious work was painted at the peak of Rubens’ powers, during his time as court painter in Brussels to the Archdukes Albert and Isabella, and comes complete with an exceptional chain of provenance.

Having originally passed through the collections of wealthy Belgian merchants, it was acquired in 1698 by Maximilian II Emanuel (1662–1726), Governor-General of the Spanish Netherlands and the Wittelsbach Elector of the Holy Roman Empire.

Then in 1706, Joseph I, Holy Roman Emperor gifted the painting to John Churchill, 1st Duke of Marlborough (1650–1722) as a reward for the victories at Blenheim and Ramillies, and remained in his family collection for over a century – during which time it hung in both Marlborough House and Blenheim Palace.

It was later acquired by the renowned collector Baron Maurice de Hirsch de Gereuth (1831–1896), and has remained in his family ever since. The painting will now be exhibited in New York on April 8-12, then in Hong Kong on May 26-30, before crossing the block in London where it’s expected to sell for more than £20 million.