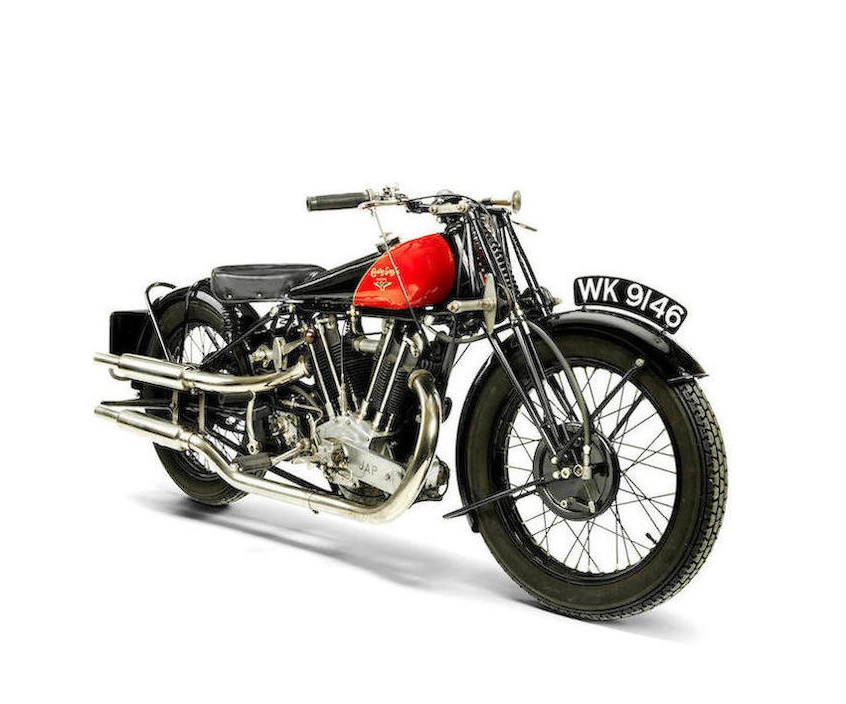 Bonhams’ forthcoming Stafford motorcycle sale will offer collectors the best of British later this month.
The auction, which takes place as part of the annual International Classic Motorcycle Show, will offer more than 230 machines from manufacturers including Brough Superior, Vincent and Coventry Eagle.

Even rarer is the ex-Hubert Chantrey, 1932 Brough Superior 800cc Model BS4, described as "arguably one of the most significant British motorcycles ever to come to auction" and valued at £80,000-£120,000.

The motorcycle is one of just seven surviving examples, and had spent the past 50 years hidden away in a Cornish barn before being discovered, along with seven other machines, as part of the ‘Broughs of Bodmin Moor’ find.

In total, the sale will feature rare motorcycles from around 60 manufacturers, along with a wide selection of spares and related memorabilia.

The Bonhams Stafford Sale takes place at the Staffordshire County Showground on April 23-24.