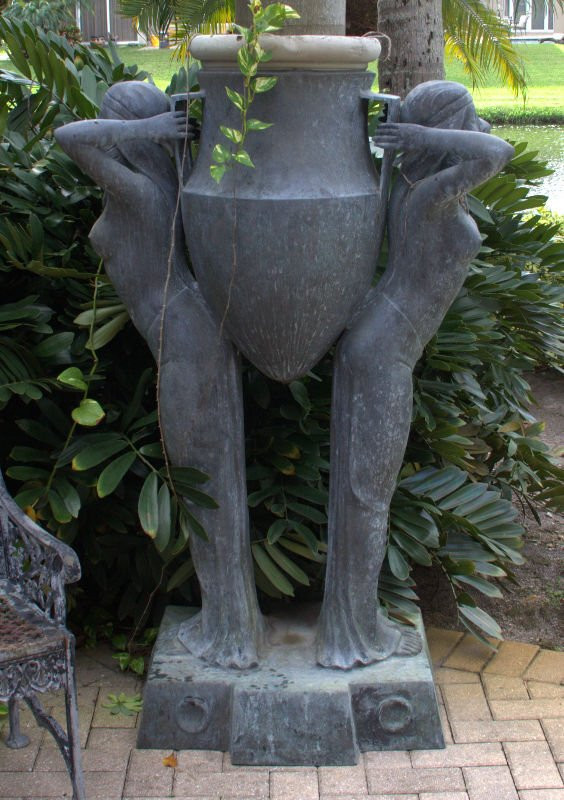 A large bronze sculpture by Emmanuel Villanis will star in an auction of antique bronzes and paintings hosted by Gulfstream Auction Gallery.
The sale will take place at the company’s headquarters in Boynton Beach, Florida on February 16.

The work, which is valued at $2,000-3,000, is produced in the popular Egyptian revival style and shows two young women carrying a large amphora.

Villanis (1858-1914) was a French sculptor who studied under Odoardo Tabacchi in Turin. He returned to Paris afterwards, becoming one of the most prolific sculptors of his era.

Today his works regularly appear at auction, where they have a strong following – with one sculpture (titled L’eclipse) selling for an impressive $8,000 at Leland Little Auction & Estate in 2011.

He is particularly popular in the US, as his affordable but quality sculptures were in much demand among art lovers during his own lifetime. &nbsp;

The Egyptian revival was kick started by the publication of Description de l’Égypte – an illustrated account of the artefacts and ruins discovered by Napoleon’s armies during their conquest of the country in the early 1800s.

The book proved a sensation when it was released in 1809, sparking a tidal wave of Egyptian styled furniture and decorative art.

In addition, the auction house is offering a fine selection of antique Thai bronzes.

Another Buddha, seated in Bhumisparsha Madra or Touching the Earth position, is expected to make around $800-1,200.