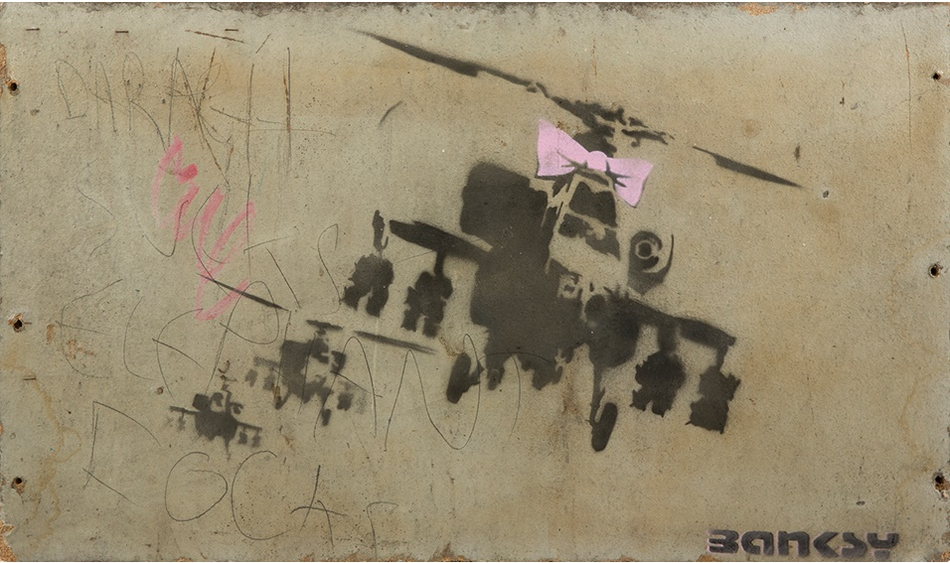 A selection of works by Banksy will lead the forthcoming biannual Street & Contemporary Art sale at Julien’s Auctions.
An extraordinary collection of work by the elusive street artist is expected to achieve more than $500,000 when it crosses the block in Los Angeles next month.

Leading the collection is ‘Happy Choppers’, an original aerosol stencil of armed military helicopters dressed with a pink bow. Created in London’s Whitecross Street Market in 2002, the signed stencil on board comes with an estimate of $100,000-$150,000.

Another major work on offer is ‘I Heart Boys’, a large-scale original mural dating from 2005, depicting a boy painting a pink heart on the wall of a London residency, now detached from the building and offered with an estimate of $80,000-$120,000.