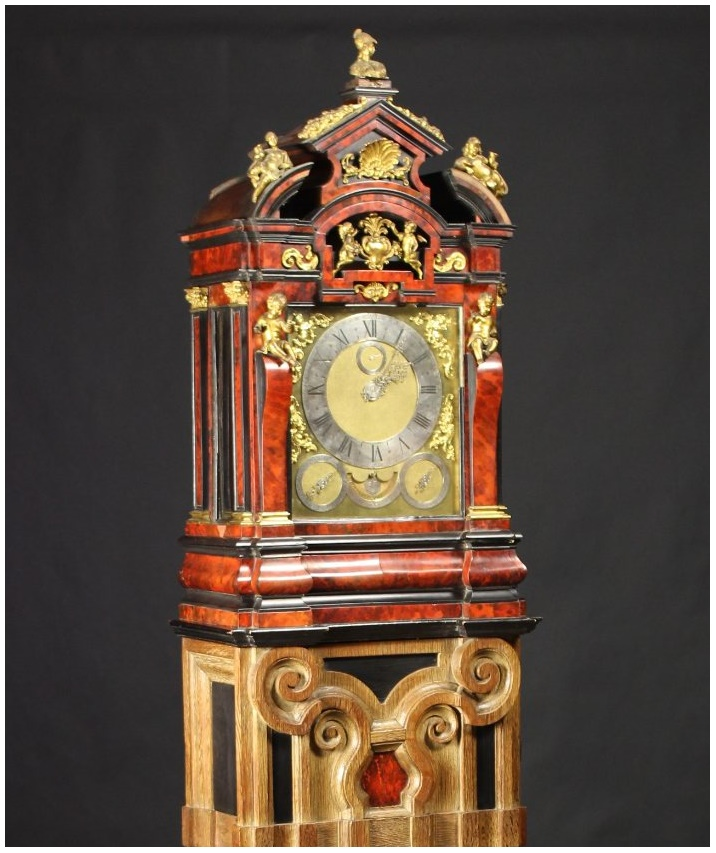 Leading the auction is a rare & important 17th century oak & tortoiseshell month running long case clock. The ornate clock features a tortoiseshell veneered hood with architectural pediment surmounted by gilt bronze figures and adornments, and a dial bearing the name of Johannes van Cuelen, a founding member of The Hague Clockmakers Guild. Formerly part of the collection of Count Limburg-Stirum, the clock is expected to sell for £60,000-£80,000.